First of all, I want to thank Zwirni for all the effort he’s put in to make a league ranking system.

Unfortunately, as many have already experienced and it’s been discussed, the ranking doesn’t appear to give a good indication of the strength of each individual player.

So basically, first of all we need to consider what in the statistic is the essential part that reflects a player’s strength.

In my opinion the only columns of importance are Soldiers and Fights.

It is almost everytime the deciding factor who wins the game. If a losing team has more Soldiers it can only be that they a) didn’t have much gold at all b) they fought really bad c) they tried to rush but didn’t work and got countered

Discussion point Gold: Isn’t Gold important as well? Isn’t Gold in a way already included in the Fights column? (without Offensive Power you will not get many fighting points) Would it push the Amazons too much considering on Random Romans usually don’t produce Gold at all if there is someone playing Amazon. Or should it instead be rewarded so Romans start to make more Gold themselves? On a low goods PT 90 do I care if my opponent has Gold when I push him into his own land anyway due to my 200 soldiers advantage I’ve got?

I leave that issue open for discussion for now. For my example, we will leave Gold out as an indicator.
So let’s start with a little case study:

On the picture below you can see 10 Players. Let’s assume the aLobby does only have those 10 active Players for our example.

So what do those numbers mean? For example, in the first “Digunai column” we can see a 0.7 at “Kugos row”. That means that in all games Digunai and Kugo featured together Digunai had 70% of the time more Points (Points = Total of Soldiers + Fights). That can now mean those 2 Players had for example 10 games (7 times Digunai had a better Total, 3 times Kugo) or it could also mean they had 40 games (Digunai is leading the head to head 28:12). It does not matter how many games they both featured in the same game, we just need the head to head number, the more games they both played together the more accurate is the number.

It does also not matter if Digunai was in the same team as Kugo or if he won his games or lost, the only relevant number is his head to head number.

So basically if 2 players never played each other both start with a value of 0.5 (for example Staala has not yet played some of the other players so he will receive a 0.5 against those players).

Now if we calculate all those head to head numbers we can give each player a Total. The higher the total, the stronger the player.

Those head to head numbers in the example are completely invented, it should only illustrate the process of calculating a Total for each player.

At the bottom of the example you can see a Team Suggestion Generator. If all those players want to make a game let’s take the Total (45) of all involved players, and let a Generator create teams that are as close to 22.5 (half of the Total) as possible. This would just be a nice feature.

Another point is how can we balance players who take Asians or Egypt. In my view this is really important so any race can be played freely without feeling disadvantaged in the ranking. I know this is kind of tricky but I’m sure there would be a way with OCR to make that work.

From my experience I would suggest the following rules:

This Factors are mainly guessed by my low goods experience. I do think Romans are usually better suited on an average map than Amazon, but on the other hand on Random Amazons usually are able to make more soldiers than Romans so it evens out I guess. Another point is if a game goes longer than let’s say 120 minutes Amazons will produce much more than Romans so I think to have them even is about right.

Maybe random players can share their ideas of factors, should it be different or would it more or less work like that?

So what does that mean in an example:

So in the real statistic Heathcliff was 1st with Egypt but after the race factor comes in he would be second after Dotterbart. Same with Digunai who took over SaponaraEnzo because he gets 25% Boost for Asian.

Well let’s come to an end. I hope you could follow my ideas / thoughts. There are still a lot of discussion points (for example: How long should it go back, ratings older than 3 months getting deleted? / or what if 2 players never play against each other: should they have 0.5 rating or should it only count the average head-to-head number minus the ones that you never played against etc. etc.)

Looking forward to your thoughts

Ps: if the statistics data are open available and someone is able and interested in coding a ranking based on head to head numbers, I would gladly help out. PM me! 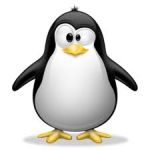 Registered users in this topic

Currently no registered users in this section

The statistic shows who was online during the last 5 minutes. Updated every 90 seconds.

This site uses cookies and tracking and (re-)targeting technologies to provide you with the best possible functionality and to constantly improve our website and advertisements.

Further information on the data used can be found in the data protection declaration.